Letter From The Founder

It seems like every other person living in the civilized world is a video producer of some sort. The advent of YouTube and cheap brilliant smartphone cameras has meant that everybody and their granny is a video expert, shooting for TikTok, IG, and/or YouTube.

Yes, we can do that too but where we’re fundamentally different in that we are able to mount a huge production that features a multitude of cast, costumes, hair, make-up etc. And have the whole production run like clockwork, no hiccups.

We’re a little old school that way, but when your million-dollar campaign goes into production, you want folks who have been doing this for more than two decades now, to be on the job.

Our producers take the creative idea that our in-house Creative team has hatched. Then our in-house directors go out and direct the shoots, accompanied by our client. After the shoot, our in-house award-winning VFX teams then spring into action to put everything together beautifully.

Nothing ever leaves our hands. There’s no “lost in translation” because you speak to the team that is hands-on with your work.

Now isn’t that a much better way of working? 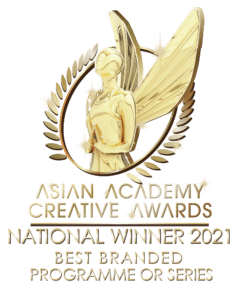 We
Believe
You deserve
The Best

Moving Bits is the production agency who knows Asia. They possess a Global view; Plus they’re a great working partner with world-class quality and efficiency.”

It is extremely difficult to find such a combination of strengths – passion, sophistication, creativity & reliable execution – in one production house.

You get the best results because we have built a team with the experience, creativity, and flexibility to take on any project. 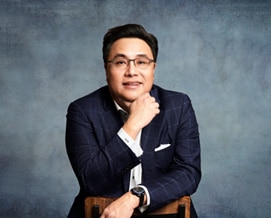 He directs commercials all over the world and (some) broadcast television in the USA.

Highly motivated and imaginative, Jay is always trying to bring a new point-of-view to every shoot he directs. And, provide a unique vision to the company he owns and runs – Moving Bits.

A company which the Smithsonian Channel describes as “one of the world’s best non-fiction producers”. 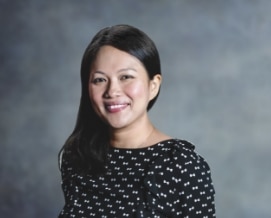 Michell TAN is the motor that kickstarts things at Moving Bits.

As an accomplished producer and people manager for more than 15 years, she oversees all aspects of the company and ensures our team works together efficiently, delivering quality work within our clients’ budgets.

Michell is big on customer service, and her excellent communication skills allow her to collaborate easily and closely with clients from all walks of life, all over the world.

She holds a Bachelor’s degree (with Distinction) in Mass Communication RMIT. 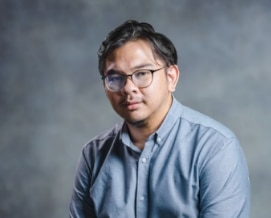 As Chief Creative Officer at Moving Bits, Hazrul LAMIN is involved in every step, from proposal to delivery, to ensure that the creative vision and execution is in aligned with our clients’ goals and their customers’ needs.

Not only is he known for being calm under pressure, his technical skills combined with empathy and wonder for aesthetics, has made him invaluable in simplifying and streamlining filming and post-production processes. 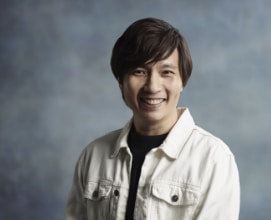 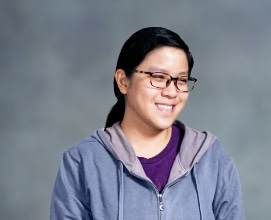 Beatrice LIM is the glue that holds Moving Bits’ post-production team together.

A graduate of Singapore’s Temasek Polytechnic, she is the chief architect behind the structure of many of our award winning videos.

She is THE editor you want on your team.

WE ARE SIMPLE, FLEXIBLE, & RELIABLE

Every agency says they’re “reliable” but we take it a step further. We know when you choose an agency, your own reputation is on the line. So we do our best to make you look like a genius for having hired us.

You can depend on us to deliver what we promise, when we promise. When we take on a project, we take it personally. We’re proactive, flexible, problem-solvers, and we have your back.